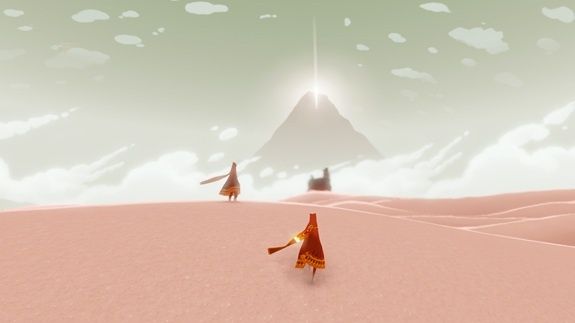 It's been a hectic week for gaming. Truthfully, the last six weeks have been filled with mayhem.  My second child, Player Four, began the big game of life back in January.  Since then, finding time to play more frivolous games has become a daily struggle for us.  "Struggle" being a relative term.  It's not like we're freedom fighters.  We're just trying to get our game on without getting baby poo on our controllers.  Is that too much to ask?  According to Player Three, it is.

Lucky for us, there's a lot of napping going on at our house.  Occasionally the kids sleep, too.  These brief moments of heavenly unconsciousness allow us to restore our sanity by murderizing every digital demon that pops up on screen.  The House of the Dead 3 and Twisted Metal had satiated our need for polygonal blood and cybercarnage a few weeks ago, but we hungered for more.

I finally got my hands on a review code for Shoot Many Robots, but since there's an embargo up until next week, I can't tell you how awesome it is.  Let's just say                       !!  I couldn't write about that.  To console myself I decided to browse our patented Co-Optimus Review Schedule Organiz-a-tron.  I happened to notice that we still needed someone to claim Journey.  My guess is that no one had signed up for the review because they didn't want "Don't Stop Believing" freight-training through their head while they wrote it.  I ain't scared.

I took the plunge, bought a year of PlayStation Plus, and took my early access to Journey like a conquering warrior.  A conquering warrior who has to wait six minutes for a game to download, and then another minute or two after that for the game to install, and then agree to a wall of legalese text.  Praying that I wasn't signing up to be a Human CentiVita, I agreed to the terms without reading them and dove in. (This is why I hate you, PS3. You're so much fun to hang out with, but it really kills the mood when I have to check with your parents every time I want to play with you.)

I didn't really know much about the Journey.  I'd seen a few screens and knew that people were raving about it. My wife was out running errands, and since it's an online only co-op game, I figured I'd give it a spin while she was gone.

Journey begins in a desert.  I've had countless real life desert adventures over the years.  I've been known to get lost from time to time.  I'm familiar with waking up in a desert and not knowing how I got there.  I used to call this "Tuesday."  I began my journey by heading toward high ground to get my bearings.  As I crested a dune I looked out at what the developer, thatgamecompany, had created for us.  I paused the game, hit the PS Home button and turned off the system.  Then I called my wife: When she got home we played through the whole game is one sitting, taking  turns to mind the children. After we completed the game we started it up again.

Journey's not the best game I ever played, but it is one of the more enjoyable experiences my wife and I have shared on the PS3.  I'll have a Co-Op Review up tomorrow.