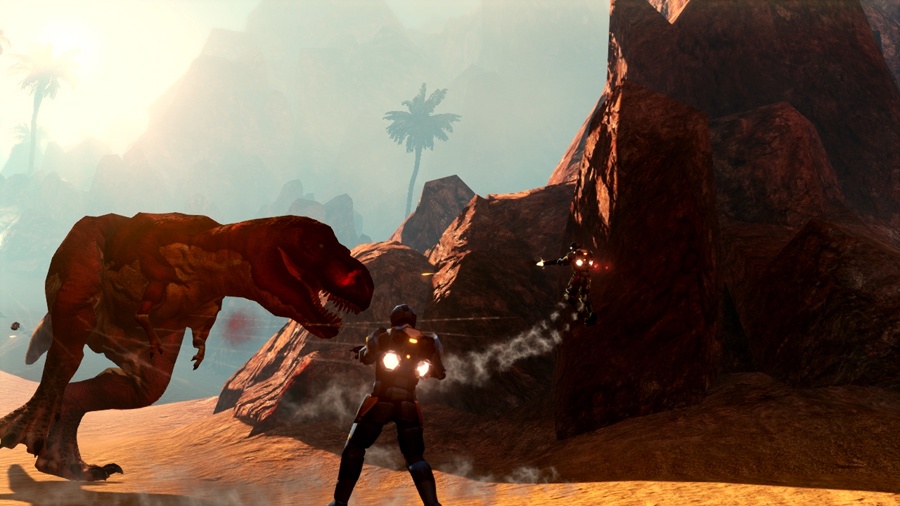 Orion: Dino Beatdown, a promising co-op 1st-person shooter, comes to Steam and OnLive this Friday. If you're like me and have long felt the urge to deliver beatings of a downward variety to hordes of terrible lizards, this will seem like a long week. Thankfully developer Spiral Studios has released a new video documentary and handful of screenshots for their anti-dino shooter that may PC tide gamers over until release day.

A quick summary of the game:

Orion: Dino Beatdown supports 5 player co-op online and via LAN. It comes from Spiral Studios, a new studio whose team members have contributed to Halo, Forza Motorsport, Jade Empire, BioShock, Mortal Kombat, Borderlands, Unreal Tournament and Ghost Recon in the past. Not too shabby! Co-Optimus will have a full co-op review soon.