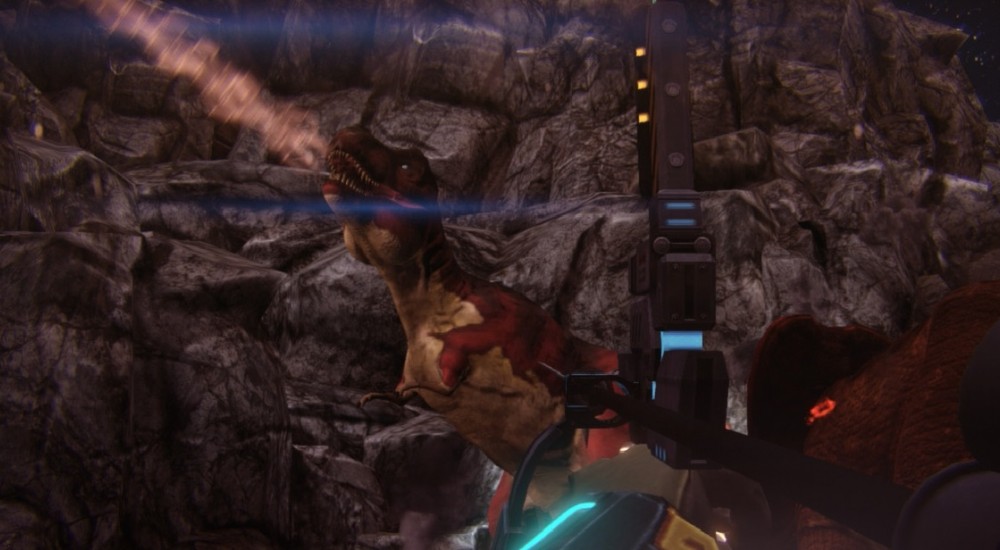 In the world of game development, there is definitely something to be said for perseverance. When ORION: Prelude released back in May 2012 (then known as ORION: Dino Beatdown), it seemed like it was dead on arrival. The developer, Spiral Game Studios, never gave up on it, though, and has continued to update, improve, and add on to the title. By all accounts, the game has significantly improved. To celebrate, the game is free-to-play for the next week and can be picked up for just a $1.

To go along with this special sale, Spiral Game has a released a new trailer with a decidedly self-deprecating twist to it.

Based on what I can see in the trailer, the game definitely has taken a huge step forward from where it once was. Maybe it was in update number 47 or something, but uh, you have lightsabers as a melee weapon now?! I mean, there are plenty of worse things you can buy for a $1. You can pick up a 4-pack for just $2.25 as well, so why not go off and hunt some dinos with friends?