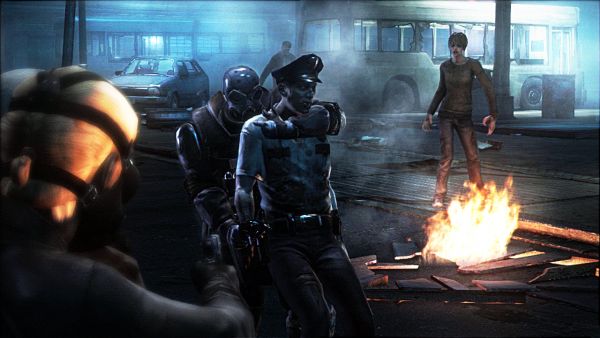 Resident Evil: Operation Raccoon City won’t be out until March, so series fans will have to make due with a steady stream of news and media until then. Speaking of which, GameSpot UK has recently revealed a whopping 18 minutes of gameplay footage, complete with delightfully-accented commentary. If you haven’t wrapped your head around the new co-op-oriented third-person shooter take on Resident Evil – and you’ve got plenty of time to kill – the video provides a clear impression of what to expect.

Besides the switch to a faster-paced gameplay style, complete with four-player co-op campaign, Operation Raccoon City’s biggest draw may be the opportunity to play as villains instead of heroes for a change. Gamers take control of a squad of Umbrella operatives as they attempt to clean up all evidence of Umbrella’s wrongdoings during the zombie outbreak of Resident Evil 2 and 3. In the new video, we see the evil ops mow down lots of innocent US Special Forces agents on the way to completing their mission objectives. Naturally, zombies and wall-crawling lickers also threaten both bad and good guys alike.

This footage really sells me on the game, with one caveat. At this stage, the AI and animations still fall short of what we’d expect from a AAA title. More than once, we glimpse soldiers taking fire without bothering to turn around and face their aggressors. Another soldier in the same room may fail to notice his friend getting machine gunned, keeping his back turned as well. Canadian developer Slant Six still has several months to button down on those issues, so I wouldn’t worry too much just yet.