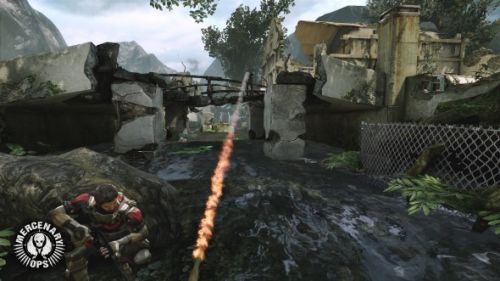 Details of Mercenary Ops have been revealed via the launch of the official website.  The game is in development by Epic Games China, otherwise known as Yin Pei Games and is being published by Kalends Publishing.  While our co-op details before touted 16 players, the official website is now saying the cooperative mode will support 8 players.  In it players will " combat the devastation unleashed by multinational, government toppling organizations."

Other than that info we're treated with some new screens and a video, but actual concrete info is slim - including pricing, release date, and how the co-op mode plays out.