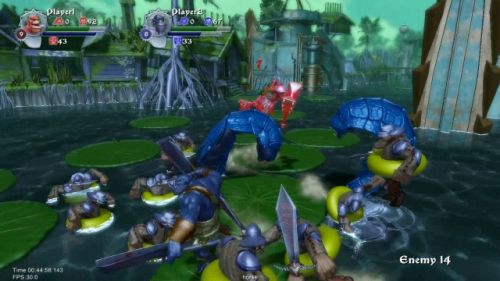 A new video for Orc Attack has reared its ugly head. The four player hack-and-slash adventure features a team of gastrically challenged orcs. They use their repulsive bodily functions as gag-inducing power attacks while chopping puny humans to pieces. Sound gross? It is. If you're into dual wielding giant weapons and think fart jokes are hilarious, this might be the game for you.

You can find more information about the game's features, as well as the developer's explanation for the Orcs rather crass abilities, right here.

Orc Attack supports four player local co-op and four player online co-op. We can expect it to launch on the XBLA, PSN, and PC in the fall.