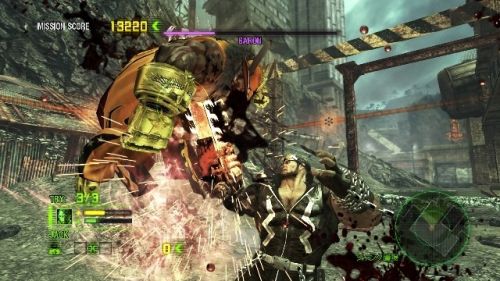 Terrible news, everyone. Anarchy Reigns, Sega's 16 player brawl-a-rama, has been pushed to 2013. At least two Co-Optimus staff members have gone from "bummed" to "distraught." The worst thing is developer Platinum Games says the game is "finished, localized, and ready to go." Sega has other plans:

The release of Anarchy Reigns has been re-evaluated. We now expect to launch in Europe and America in Q1 of 2013.

We can thank intrepid Tweeter @ResidentPooky for finally prying a release window out of Sega. Anarchy Reigns will still launch in Japan on July 5th. You can play the demo on the PS3 if you have a Japanese PSN ID. It's mind-shatteringly awesome. Okay, it might not be for everyone, but if you have a handful of friends who are into fighters/brawlers/Platinum Games, you're going to have a good time.  Here's that insane launch trailer again to remind you of what you're missing.

Anarchy Reigns supports an online, three player co-op survival mode. It will launch sometime during Q1 in 2013, and be available on the Xbox 360 and PS3. I'll have to dry my tears with Vanquish or Bayonetta for now.

Oh, and a little side note: I played the demo, and it used CPUs for the other players when I set the game to "private." If the full game will let players make private matches (I don't see why it wouldn't) you could potentially play the game's many modes cooperatively, like four friends versus four AI. Thought I should mention that.