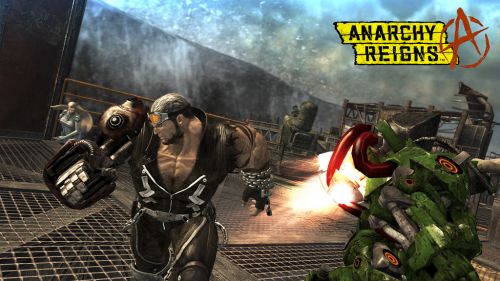 Anarchy Reigns, the over the top, stylized action game we have come to expect from Platinum Games has finally found a realease date. Platinum announced the date on their Facebook page, which confirms that the game will be released this summer.

We've been teased by character videos, gameplay footage, and the two delays last year made the wait even worse. Platinum has had a solid track record (Bayonetta, Vanquish, Mad World) and Anarchy Reigns will finally be in our hands on July 3, 2012. Our European friends will join the mayhem on July 6 with Austraila and Japan scheduled to get in on the action July 5.

The insanity is oozing from the videos being released from Platinum and our excitement for the game is compounded by the fact that Anarchy Reigns features Four Player Online Co-Op. You and three friends will be able to join together and cause as much madness as possible. Color us excited.