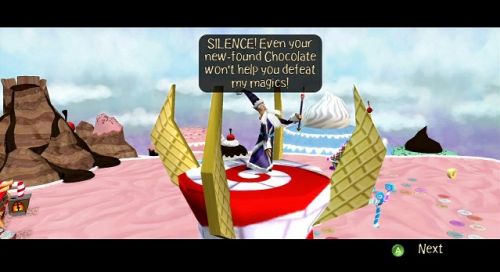 At the start of the year, the A World of Keflings community was given the choice of what DLC they would like to see; swashbuckling pirates, grisly undead, or tooth achingly sweet candy land.  Being the type of manly community that has to shave 4 times a day, they of course picked - Candy.  New images have now been released for this DLC pack in all its pink glory.

A World of Keflings is a fun 4 player co-op title available on XBLA arcade.  You can work alone, or with friends, to help the Keflings build a new life and flourish.  Candy for Keflings follows this same pattern, but in a world of sugarcanes and gingerbread men.  Help the Keflings to survive an Evil Wizard's attempts to destroy them.  This will be mostly be done by building sweet based buildings.

Check out the gallery for a visual aid that will make your fillings hurt: