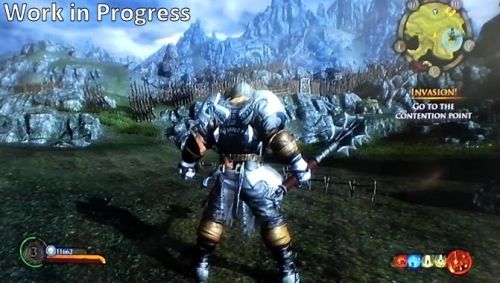 Last week, Co-Optimus broke the news that Ascend: New Gods will be coming to PC in addition to Xbox Live Arcade and Windows Phone. That information came from our enjoyable visit to the game's developer, Signal Studios in Kirkland, WA. It wouldn't be any fun to visit and just talk about the game, though; I wanted to see it in action!  Ian Scott, Ascend's lead designer, was kind enough to showcase some of the new environments and features Signal has added to the game since its June E3 demo. Check out the video after the break.

Obviously, Ascend is still very much a work in progress, so many elements of the final game will be different than how they appear in our video. But shooting it was a great chance to see how a game develops over the course of a month or two. The new environments look fantastic, as do the elaborate pieces of armor Ian showed us. Ascend: New Gods will be playable at PAX in September, so look forward to more impressions from the Co-Optimus staff next month! In other Signal news, the studio founder D. R. Albright III just announced that the studio will be branching out into mobile games development under the apt label Signal Mobile. In addition to the already-announced Windows Phone version of Ascend: New Gods, Signal Mobile has multiple iOS and Android projects in the works. Check out the new Signal Mobile site for the official word. Let's hope they give us some co-op on the go!

Ascend: New Gods is due out in 2012 and will feature unique online asynchronous co-op features, plus connectivity between the console, PC, and mobile versions of the game.