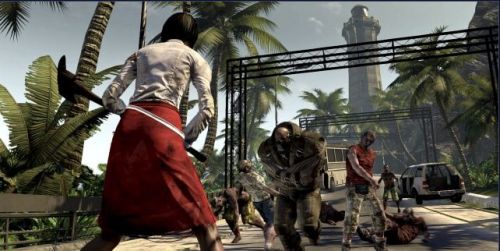 People must really love Dead Island, because they’ve already been playing it for over 6,500 years, cumulatively of course. We have cooperative gameplay to thank for that.

Sure, last year Dead Island’s trailer got people talking, but no one could have predicted the amount of success this title had, especially from a somewhat unknown developer, since release. Over 4 million copies have been sold since then, even with the vast amount of average reviews it received, the painstaking development that it went through, and a small budget in their possession (not a bad start for a new game series).

So what was the reason for its success? It certainly wasn’t the numerous amounts of in-game glitches that needed to be ironed out, or the repetitiveness of the game design. In short, co-operative gaming was solely the reason behind Dead Island’s financial greatness. In all, over 6,500 years of gameplay have been put into Dead Island from gamers around the world (56,907,547 to be more exact), and this was mainly due to the zombie killing, survival co-op experience it provided players. Guido Eickmeyer, development director at Deep Silver, was pleased to say at the GDC Europe panel earlier today:

“Dead Island succeeded because it is the most exciting cooperative experience that is on the market.”

As stated before, this game could have gone completely the other direction and been a major flop of a title, but luckily the minds behind the game did some good decision making.

"We took over the project three years ago, and it wasn't in good shape. We looked at it and we felt it wasn't heading in the right direction. Internally, as a team, we sat down and we made an analysis and we thought, ‘What can we deliver?'”

In the end, they decided to work on elements in the game that the developer knew they were good at, and didn’t waste time and effort to improve on things they didn’t excel in. Making this their top priority, Deep Silver didn’t attempt to outdo what was shown in Dead Island’s epic trailer, mainly in emotional and narrative aspects.

"We decided we couldn't do a game like that trailer because our resources were so limited," Eickmeyer continued, "Doing scripted story games require a ton of money."

Knowing their limits, Deep Silver and the developers knew they had a very good multiplayer engine that incorporated drop-in, drop-out gaming mechanics very easily. This led them to concentrate their game’s focus on co-operative play instead of a risky multiplayer mode. In the end, their decision making had paid off for Deep Silver wonderfully, selling more than 4 million copies worldwide. Now that players have had a heaping helping and more of Dead Island, many are curious to know what Deep Silver has in store for us in the future. Taking their title’s great success and running with it, Eickmeyer has stated that they are currently working on a Dead Island sequel, known as Dead Island: Riptide, which promises to include a “Huge co-op experience with some new, awesome features.”

All we can say is: When can we give you more of our valuable time for playing Dead Island? We simply cannot get enough of the zombie co-op action.