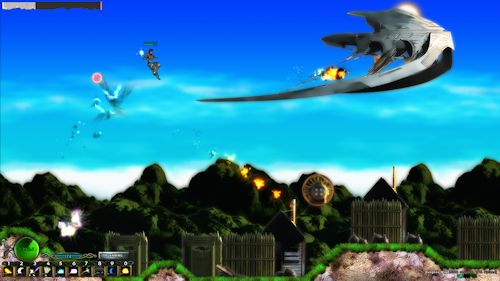 Arcen Games have sent word along that A Valley Without Wind is on sale right now on Steam for 50% off - or $7.50.  You can even snag a co-op friendly four pack of the game for just $22.49.  Our review of the game called it "genre shattering," though we did find quite a few faults for the ambitious title.  The game supports quite a few players in its online co-op mode, though we cap it out at 16.

A Valley Without Wind hasn't exactly lived up to expectations for Arcen, who's previous games include Tidalis and AI War.  One area where a lot of reviews and gamers have complained is the art style.  It appears as though Arcen agrees as they have just begun the process of redoing ALL of the art assets in the game through an outside studio named Heavy Cat Studios.

You can read about the ambitious project here and the long term support planned for A Valley Without Wind.  Something like this can only come from an indie, so it'd be good to get out their and support them during this sale!