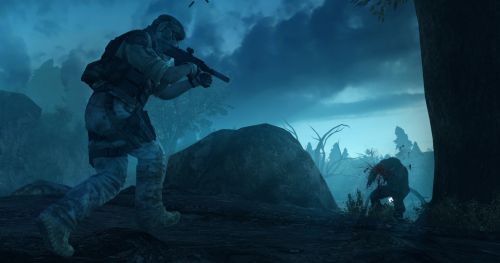 These new missions will take place on larger maps, have more complex objectives, and a higher level of difficulty.

The Raven Strike DLC will include:

•       Secure Dawn: a foggy marsh in Kazakhstan where the Ghosts will not be allowed access to advanced technology (no optical camouflage, drone or sensor grenade)

•       Cold Walker: a train depot on the Russian countryside

•       Sawmill: face 50 waves of enemies on a foggy Russian countryside

The DLC should be live on September 11th. You can pick it up from the XBL Marketplace or PlayStation Store for 1200 MSP or $14.99. It will be available for PC at a later date. This is the second DLC for Ghost Recon Future Soldier, following the MP-heavy Arctic Strike DLC that was released last month. Ubisoft plans to release even more DLC later this fall.