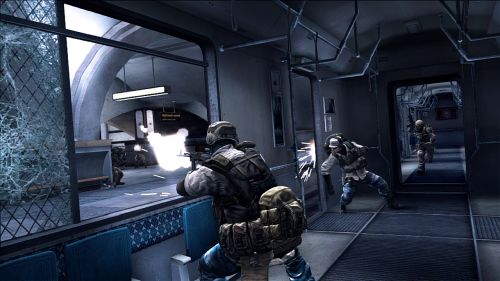 A nice variety of new games and add-on content dropped yesterday. But what about the tried and true military shooter fans? No worries, there's something for you, too. Ghost Recon Future Soldier's "Khyber Strike" DLC hit the Xbox 360 yesterday, and should be live on the PlayStation 3 today. This is the third piece of DLC for the third-person gadget shooter. While not as co-op friendly as "Raven Strike," it includes a little something for everyone.

You can see the new content in action in the following video. "Khyber Strike" features three new multiplayer maps, one new cooperative Guerilla Mode map, new Achievements, a bump in the level cap, and a new versus mode dubbed, "Takeover." You can read up on more details for the DLC here.