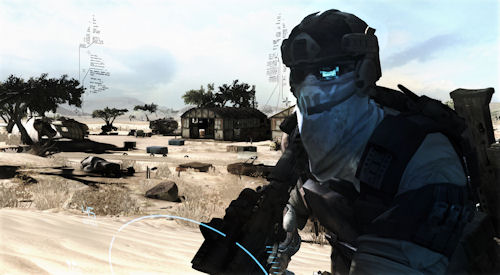 Ghost Recon is back next year in a big way after a long hiatus.  Some sexy looking new screenshots have found their way out of Germany at Gamescom and onto the Co-Optimus gallery for the next game, titled Ghost Recon: Future Soldier.  Without a doubt the most stand out thing is the way the game integrates tactical information directly into the game world.  It's slick looking and makes me wish I had some sort of kick ass retinal implant to do the same.   Just think, shopping for fresh vegtables would be so much more fun.

Ghost Recon: Future Soldier is out next year on the PC, Xbox 360 and PS3 with four player co-op.  We played the game at E3 and nominated as a co-op game of show - impressions here.