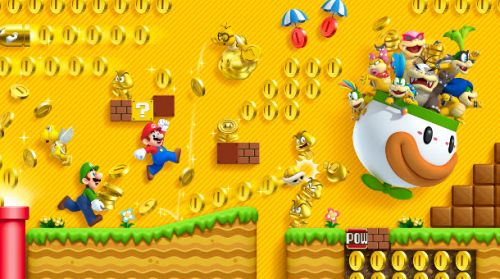 It was Nintendo’s promise to consumers that fresh, downloadable Coin Rush mode courses for New Super Mario Bros. 2 would be ready for release right up until the launch. However, nothing new in the matter has been announced and players becoming concerned that they won’t be arriving at all. Luckily, we have some reassurance from Nintendo to be patient, for the courses will be arriving shortly.

Coin Rush mode is a new co-op gametype in New Super Mario Bros. 2 that allows one to two players run through three stages randomly selected with the ultimate goal of collecting as many golden coins as possible. Since the initial release a little over a week ago, reception of the mode has been extremely favorable from gamers, which has led to players wanting more. After no mention of the Coin Rush DLC’s during the Japanese Nintendo Direct presentation yesterday, Nintendo’s own Satoru Iwata has made an effort to shake the growing concerns of the hungry masses with an online statement, reassuring gamers of its approaching release date.

“It has only been 10 days since the game’s release in Europe and US,” stated Iwata via Twitter (written in Japanese) and that they just need a bit ‘more time’ to finish.

Still, Nintendo wants to make sure that their flagship title series is keeping a positive image within the gaming industry. As a courtesy to consumers and to keep the masses happy, Iwata has confirmed that the announcement for the Coin Rush course DLC’s will be made at the same time worldwide. As always, once we hear the statement, so will you. Until then, grab a buddy and become masters of the current Coin Rush maps (gathering coin between players is the easiest way to build up your in-game bank)!