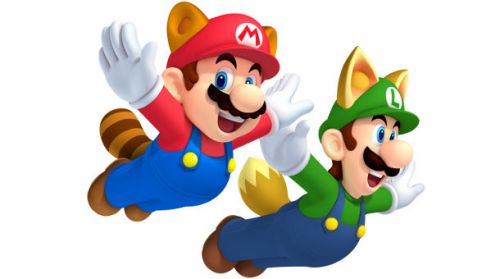 A single Mario brother, alone, can tackle the entire enslaved Mushroom Kingdom and countlessly defeat his archenemy. Together, however, it’s practically unfair. Once again, New Super Mario Bros. 2 brings back the Mario and Luigi legendary duo to combine their strength to take on Bowser’s newest kidnapping of poor Miss Princess Toadstool. In promoting their mascot’s newest game, a new website was launched that discusses the co-op mechanics within New Super Mario Bros. 2:

It's tons of fun to play with a mate, and way easier to grab a chunk o' change when there's someone else to (quite literally) bounce off. You can play the whole single-player game through with a friend via Local Play, with one of your duo as Mario and the other as Luigi.

Many of the same types of co-op “abilities” you can access in this game are just like the ones found on the previous Wii title of the series.  By ground pounding at the same time, Mario and Luigi can unleash a massive shockwave that hits all grounded enemies on the screen. It is an extremely powerful move to use, but both players must be in complete sync /cooperation with one another. Another trick to use is the “Bubble”. Normally, the bubble would be used to help bring players who’ve lost a life back into the game by popping it. The move, however, can be used whenever a part of the map can become too hostile or hard to travel through without bumping heads. Sometimes it’s just easier to have one person hang back in their bubble until the other player makes it past.  This can be very a risky move if the “active” player dies, sending the entire team back to the start.

There is a new emphasis on collecting coins too (hence all of the gold you see in it promotions), that should give players a strong incentive to play co-op on a regular basis.

During Co-op Play, course progress is only saved in the file of the player acting as Mario – but coins you collect will count for both players, making it a great way to inch ever closer to that magical million!

Like the website, we encourage all owners of New Super Mario Bros. 2 to play together and help one another to save the princess and collect as many coins as possible. It’s been a long time since we’ve seen a more fulfilling way to do Mario co-op until now. Please be sure to visit the site for more information regarding the game’s multiple features and modes.