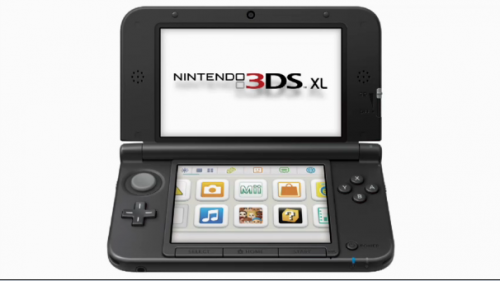 Start saving up your money, gamers! The first handheld update in the 3DS line, the “3DS XL” is set for release in North America late this summer, just before the launch of the Nintendo Wii U.

Much like every Nintendo handheld in existence, each new system receives a much needed facelift from their original design. This time around, it’s Nintendo’s latest gaming device, the 3DS, which will be receiving a much needed hardware boost. Coming this August 19th in North America, customers can buy this newly upgraded version of the 3D gaming device for only $199.99. Despite some of the pictures shown here, the North American versions will only come in 2 different colors: blue or red. Now, for some technical aspects of the 3DS for your note taking:

Some co-op games to look forward to using with the newly vamped 3DS are the new Super Smash Bros. title currently in development by Namco Bandai and also the Wii U version of New Super Mario Bros. 2 (both will allow cross-platform gaming of some kind). More importantly, the New Super Mario Bros. 2 3DS version will be released on the same day as the 3DS XL launch, giving co-op lovers a great game to try out the new device on.