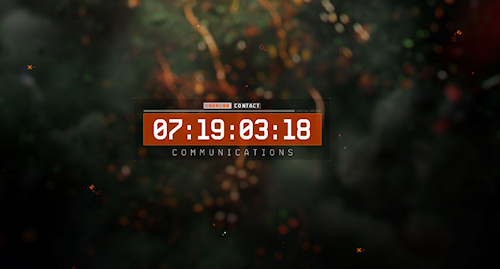 Insomniac's first multiplatform game was announced at E3 in 2011, but it was surprisingly absent at 2012's show.  Overstrike was announced as a four player co-op action game being published by EA, which is reason enough to be excited, but with the Insomniac name behind it we're chomping at the bit.

During the PAX Keynote address, Insomniac head man Ted Price announced an all new property called Fuse,  but didn't elaborate on it.  The official website for the game reveals a countdown clock to just over a week away, and right now, that's all PR is willing to say.

So what makes us think that Fuse and Overstrike are the same game?   Joystiq talked with Price and asked about the status of Overstrike.  Instead of an answer, Price just pointed the team to the Fuse website.  That pretty much sums it up, but we'll know for sure in 7 days.