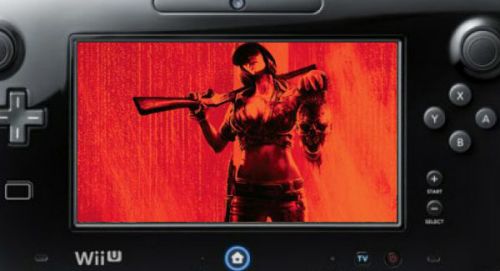 Call of Duty: Black Ops 2 is officially coming to the Nintendo Wii U console when the system launches on November 18th.  Perhaps that's a little surprising, considering the previous Nintendo consoles catered to a slightly different audience, either intentionally or not.  That said, the Wii U version is going to offer something that Xbox 360, PlayStation 3 and PC can't do - couch co-op play out of the box with each player having their own screen.

Demonstrated live on stage, players will be able to play co-op against bots in Black Ops 2's multiplayer maps with one player using the TV as their display and another using the Wii U's tablet controller.  This play mode should carry over to the game's co-op zombie mode, which still remains a pretty big mystery in terms of details.  The official fact sheet for the game also states players can use a Wii-mote and Nunchuk combo if they wish or the WiiU Pro or Classic Controller.

It appears that Nintendo is going to have robust online support out of the box on the console as well, including the ability to support Black Ops 2's eSports integration.  Obviously online play a crucial component to co-op gameplay, especially some kind of integrated voice chat.  It's unclear yet what the Wii U will allow you to use, if anything, for that.

With only a few months till release, we hope to have more details soon on Call of Duty: Black Ops 2's co-op zombie mode.