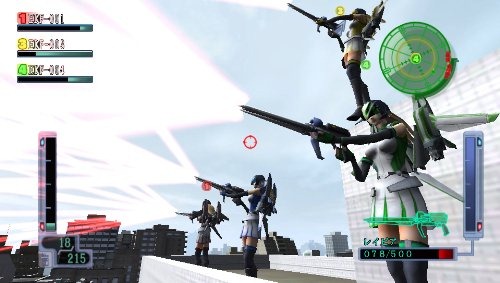 The Earth Defense Force series is one of those guilty pleasure type of experiences. These games are very similar to the shlocky 50s B-Movies that surely inspired them; full of sheer ridiculousness on a grand scale. The B-movies never won too many Oscars, and Earth Defense Force games don't get Game of the Year honors often, but that doesn't make them bad. Sometimes you just want to shoot giant bugs for a bit.

Now, you'll be able to go bug hunting while on the go! Earth Defense Forces 3: Portable is coming to the Playstation Vita in just over a week. Via an online or ad-hoc connection, you can group up with three others for some good ol' fashioned four player bug-zapping action. We've got a gallery of an even dozen recently released screenshots that should help tide you over until release day. In the meantime, go watch Them! or The Deadly Mantis to get your mind ready for the insect armageddon.