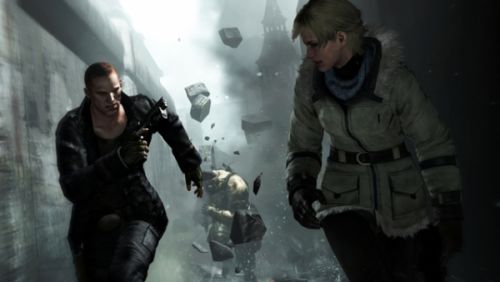 A Capcom executive has announced that official development on the Resident Evil 6 PC version of the game didn’t begin until after the console versions were finally completed. While this might come off as neglectful to PC gamers, Capcom is instead attempting to learn from its past mistakes.

The console version of Resident Evil 6 will arrive on shelves in just two weeks (try out the demo now), but PC gamers will be put on hold for a while longer. Senior Vice President of Capcom, Christian Svensson, has announced that, though the console version of the game will be ready for release on schedule, the PC version hasn’t been touched until the console versions were fully completed and officially approved by Sony and Microsoft. Due to the large amount of negative reception received from Resident Evil 4’s PC version, Capcom wants to avoid making the same mistakes twice. The developer planned out early on to use the final codebase from the console version as a starting point for the PC version, which made them wait a much longer time before beginning said development. Though the team working on the PC version is “small, but appropriately sized”, as stated by Svensson, the team will “do a better job”.

In the past, gamers have questioned Capcom’s commitment to the PC platform, disbelieving that the developer puts forth the effort to the PC side of their games. Reiterating Capcom’s previous statements, Svensson said that it may have been the case for Resident Evil games (and others) before, but it won’t happen for Resident Evil 6.

Projects like this you guys seem to think are 'trivial' but they are not," he said. "When they get treated as trivial, you end up with Resident Evil 4 PC… which I don't think too many true fans were pleased with.

No new information on release dates or PC specific features have been said, but we hope that Capcom keeps their word and gives the PC community a co-op title worth their time and patience.

It will be some time still before we provide details on release dates and PC specific parameters.