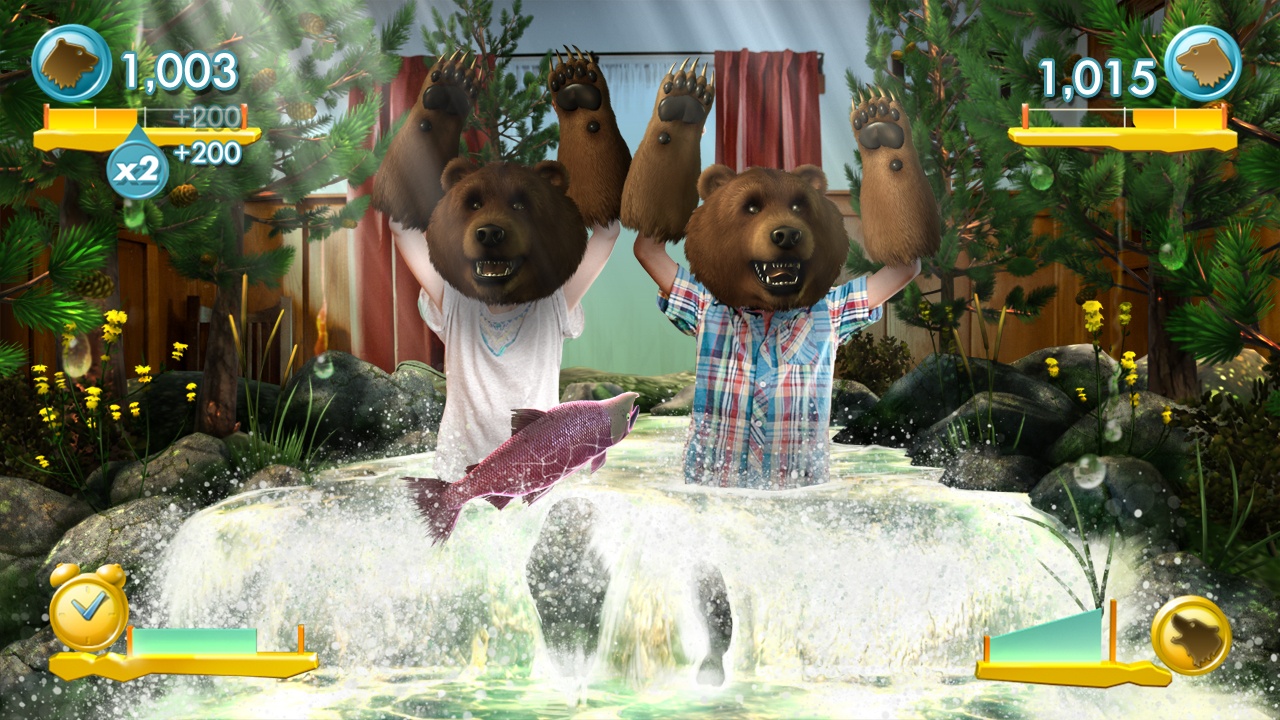 Kinect Nat Geo TV is one of those games that flew under our radar for a while, its cooperative multiplayer somewhat undertouted until the eleventh hour. But the game has just launched, and it definitely supports 2 player local co-op, so here we are. Just look at the picture above and tell me you're not eager to let out your inner animal. We've got more screens and impressions after the break.

Kinect Nat Geo TV is one of two interactive television experiences that launched last week under Microsoft's Playful Learning initiative. The other, Kinect Sesame Street TV, is terrific but single-player only. Anyway, the main game portion of Nat Geo TV involves watching special episodes of National Geographic, alone or with a friend. At three points throughout the episode, you'll act out some of the show's topics via motion-controlled minigames. It's certainly a fun way to keep kids interested in what they're learning, and the augmented reality aspects are quite amusing.

In addition to the interactive episodes and separate minigame mode, Kinect Nat Geo TV also features streaming access to more than twenty 45-minute episodes of the real show. Not a bad deal, huh?

The game is available via either a retail disc priced at $29.99 or a downloadable, episodic version for 2400 Microsoft Points in total. The disc is the better deal because it comes with full access to the downloadable game, which has separate and stackable Achievements. That means you can get 2000 GamerScore from a single purchase - rowr.