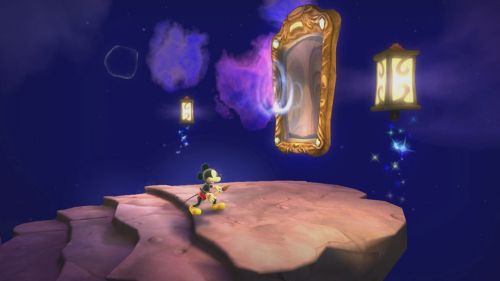 A playable demo for Epic Mickey 2: The Power of Two has hit Xbox Live and PlayStation Network allowing gamers to check out the two player co-op adventure game.  The demo takes place in the early levels of the game which features the tutorial and several other sections, including the magical laboratory of the sorcerer, Yen Sid.  Oh, I see what you did there.

The demo also introduces Oswald, the 2nd character in the game and showcases some of the co-op abilities you'll be able to utilize.   The demo weighs in at just over a gigabyte in size.  Xbox 360 Gold Members can queue it up here, PSN members can download it from the PlayStation Store.

Epic Mickey: The Power of Two is out on Xbox 360, PlayStation 3 and Wii on November 18th.  It features two player local co-op play.  There's no word on when the Star Wars DLC will be coming.