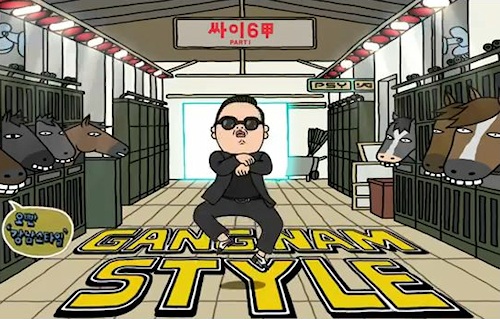 Last month, Harmonix announced that Korean sensation PSY's hit song 'Gangnam Style' would be coming to Dance Central 3 as downloadable content, along with Carly Rae Jepsen's 'Call Me Maybe.' The K-Pop single seems to pops up everywhere, even during the recent hurricane news coverage, so its arrival in the world's best dancing game is only natural. But Harmonix's initial announcement did not mention when the song would come along. Luckily, Co-Optimus has received first word of the Dance Central 3 'Gangnam Style' DLC release date!

As it turns out, we won't have to wait too much longer to do the horse dance in front of our Kinects. According to an internal Microsoft promotion that our source shared with us, 'Gangnam Style' will be available for download on Tuesday, November 27th. That's just two weeks away!

Of course, it will miss the US Thanksgiving holiday by several days. Imagine how much fun it would've been to bust the song out in-game during the holiday gathering. Then again, several retailers will have Dance Central 3 on sale during Black Friday (the 23rd), including Best Buy ($24.99) and Walmart ($15). So there should be plenty of new DC3 owners when the song debuts the following Tuesday at an expected price of 240 MS Points ($3).

Dance Central 3 supports 2-player local co-op as well as competitive dancing. Check our our full co-op review for more details. The game is an Xbox 360 exclusive and requires the Kinect peripheral. Now... Let's check out that music video one more time:

Thanks to Bardock-kun for the tip!