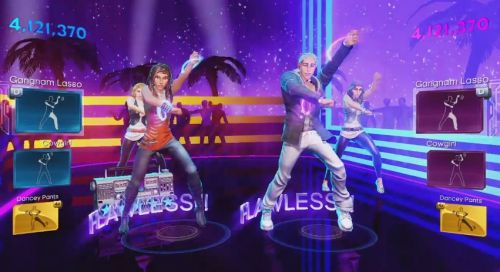 A couple of weeks ago, Co-Optimus broke the news that 'Gangnam Style' would become available for Dance Central 3 on November 28th. As promised, the DLC came out yesterday for the standard price of 240 MS Points ($3). If you enjoy Psy's crazy popular K-Pop song, you won't be disappointed with Dance Central 3's interpretation. Read on for our full impressions and a trailer!

First, let me say it's a unique pleasure to encounter a non-English song in Dance Central (there may be a few others I'm not thinking of). Harmonix also deserves praise for the relative timeliness of the song's release. If they can continue identifying new hit songs and put them into the game before the songs' popularity dies down, Dance Central should have no trouble maintaining its dominance over the Just Dance series and its lesser implementation of DLC.

Now, as you can probably tell from the new trailer, the game's version of 'Gangnam Style' captures the song's iconic dance moves extremely well. I only played on Easy, but even then it feels very much like you're doing the dance seen in the world's most popular YouTube video. Hard would surely be even more accurate thanks to incorporating a wider variety of moves, but all the important ones turn up on the lower difficulties as well.

The song's pace is extremely fast, which also means you'll be given quite a workout while attempting it. I hadn't played in a few weeks due to my huge holiday review load, so I was slightly unprepared for the dance's energy. And my but the 'Dancey Pants' move is tough! But playing in co-op, both my partner and I did very well - the game recognized our moves correctly throughout. We'll have to keep playing and work our way up to Hard.