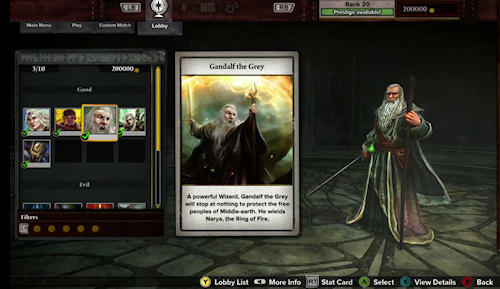 Guardians of Middle-Earth is out later today on PlayStation Network and tomorrow on Xbox Live Arcade, along with a retail release of the game which includes a season pass.  The game is one we've been eyeing up since it came out of nowhere at E3 2012, it's a MOBA (multiplayer online battle arena) game for the console featuring characters from the Lord of the Rings universe.

We'll have our full co-op review of the game tomorrow, but for now, enjoy the launch trailer which gives you a quick overview of the game and showcases some of the 22 available characters at launch.

Guardians of Middle-Earth features five player online co-op play against bots.  The game's season pass will get you 8 new guardians as they are released along with some other unique content.