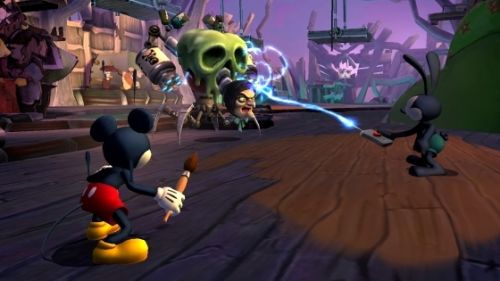 Gamers who missed out on the first Epic Mickey due to either lack of or apathy towards the Wii have been looking forward to Epic Mickey 2 ever since it was announced for the Xbox 360 and Playstation 3 (in addition to the Wii). News of drop-in, drop-out co-op got us even more excited. But the lack of release date kept our enthusiasm slightly in check. Thankfully the game now has an official release date: November 18, plus a snazzy new trailer.

Makes me wish I'd gotten some of those Oswald ears from Disney's E3 booth E3 this year!

Epic Mickey 2 supports 2-player drop-in,drop-out co-op. It arrives on Xbox 360,Playstation 3, and Wii on November 18, just in time for the holiday season.