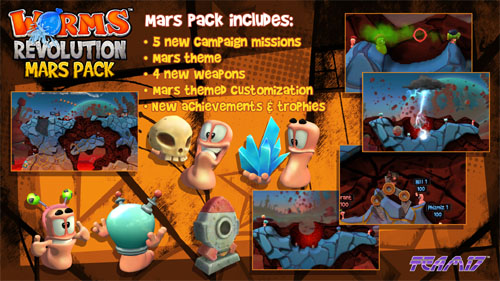 Today Worms Revolution receives another content pack, entitled the Mars Pack. Though we weren't super impressed with the co-op for Worms Revolution (see our review), our staff still tends to agree its the best Worms game to date, despite the underwhelming co-op.

The Mars Pack is much along similar lines as the Funfair Pack which released less than two weeks ago. It comes with all the following content: