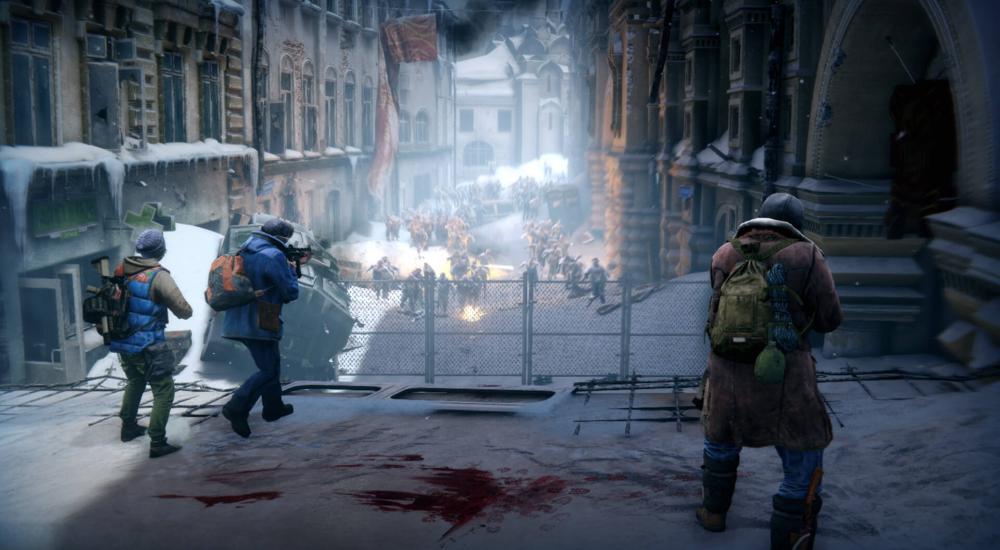 World War Z has allowed PC and Xbox One users to cooperatively slay undead hordes since earlier this year, but up to now, PlayStation 4 users have been left to fend for themselves.  Fortunately, developer Saber Interactive is putting a stop to their isolation tomorrow, July 22nd.

As part of the upcoming "Dronemaster Update," PlayStation 4 will be added to the game's crossplay capabilities, meaning gamers from all three communities will be able to work together to save a zombie-ravaged world (or at least not get killed by it).  The update will also be adding the eponymous Dronemaster class, as well as the ACW-20 grenade launcher.  The former uses a quadrocopter to defend chokepoints and buff teammates, and the latter... well, you can probably guess what that does.

There’s a visceral joy to popping zombie heads with the new semi-automatic ACW-20 grenade launcher. Just make sure you don’t wreck your teammates in the process.

The final items to be added in the update are a report system and accompanying code of conduct.  No longer can your "teammates" ruin everybody's fun without repercussions, as they'll suffer increasingly severe punishments if they don't get their act together.  If you'd like to read up on how the report system will work, check out the forum post here.

World War Z is out now on PC, PlayStation 4, and Xbox One, and starting tomorrow, its four player online co-op will feature crossplay between all three platforms.  A Nintendo Switch version was announced back in April, but no release date is known just yet.