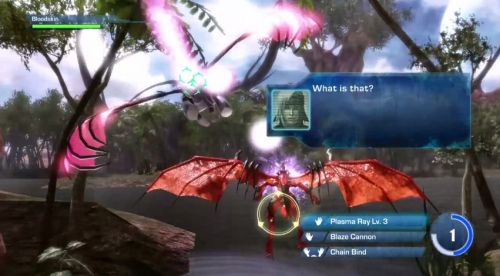 It seems like we've been waiting ages for Crimson Dragon, the spiritual successor to SEGA's cult-favorite Panzer Dragoon series. Since Microsoft hasn't shared news on the game in more than half a year, the universe seemingly took it upon itself to throw us a bone: the game's PAX East 2012 demo recently leaked on the Japanese Xbox 360 Marketplace, along with a handful of DLC. We didn't get a chance to grab the demo before it was pulled, but the footage we share with you now is the next best thing.

So long in the making

Now that you're dazzled by the above video, allow me to relate the story of Crimson Dragon’s protracted release schedule. First announced as Project Draco back in 2010, it eventually became known as Crimson Dragon. Just a few days before its scheduled June 15, 2012 release date, Microsoft (the publisher) suddenly delayed the game without explanation.

The Windows Phone companion game Crimson Dragon: Side Story debuted on September 11 that year (and turned out pretty awesome). But we still got no word of the primary console game’s fate. The demo that leaked over the weekend was originally shown at PAX East in April 2012, so it doesn’t exactly prove that the game has moved forward.

In the absence of word from Microsoft or developer Grounding, we can only speculate as to the seemingly completed Xbox Live Arcade game’s fate. The person who uploaded the demo footage to YouTube suggests that Microsoft might have chosen to hold onto Crimson Dragon until the Xbox 360 successor debuts alongside the Kinect 2.0.

He could just have something there. The game already looks gorgeous, but the increased precision of Kinect 2.0 would surely result in much more accurate and enjoyable controls. Short of switching the game to a retail release (thus necessitating the addition of lots of new content), I can’t think of any other reasonable explanation for the extended delay.

DLC in the works Along with the free demo, three pieces of Crimson Dragon PDLC Treasure Packs leaked during the same time period: the Accelerator Pack, Boss Pack and Rare Pack. None were actually purchasable. The packs will probably allow users to unlock skills for their dragons early rather than grinding for them in-game. Considering that Side Story allows/sort of requires players to purchase jewels with MS Points in order to awaken skills, PDLC Treasure Packs in the console game shouldn’t come as much of a surprise.

Let’s hope that Microsoft decides to share some of their plans for Crimson Dragon sooner rather than later. It'd be a shame for them to continue keeping such a beautiful-looking game all to themselves!