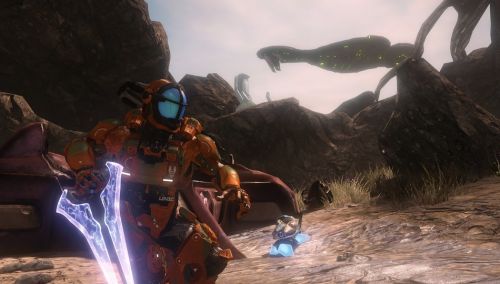 Spartan-Ops, the four player online co-op episodic campaign, returns to Halo 4 next Monday.  With the next three episodes scheduled after a month and a half away.  343 hasn't rested on its laurels though with the content, listening to player feedback and improving the second half of the series.

Some of the other changes we can expect to see is better narrative in the mission themselves, and a promise that we'll never do the same thing twice.   We're even promised to be surprised within the first 10 seconds of Chapter 6 which launches Monday.  I guess one advantage afforded with episodic content, is its ability to adapt on the fly, and it looks like that's what we'll see here.

Halo 4's Spartan Ops is a four player co-op mode that takes place 6 months after the events of the single player campaign.