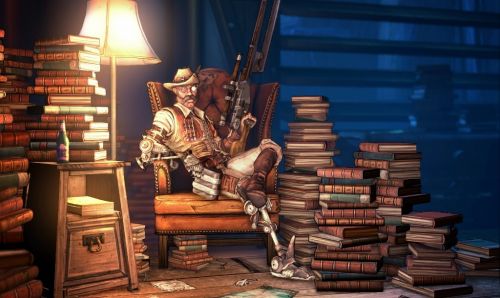 Mac owners can finally get their fill of shooting witch doctors and nodding approvingly at the sturdy mustache of a certain professor. Sir Hammerlock's Big Game Hunt, the third DLC campaign for Borderlands 2, has just been released for Mac and is available to purchase via Steam for $9.99. Huzzah and such!

Aspyr Media, the studio behind this and a handful of other Apple-ified ports, has also released the latest Borderlands 2 patch for Mac. Along with fixing a handful of gameplay bugs, the patch also allows cross platform play between Mac and PC users. Until a new PC patch hits and knocks everybody out of sync again, of course.

We've spent quite a bit of time with our buddy Hammerlock shooting stuff on Aegrus, so check out our impressions of the DLC to see just what kind of game you'll be hunting (spoiler: the big type).