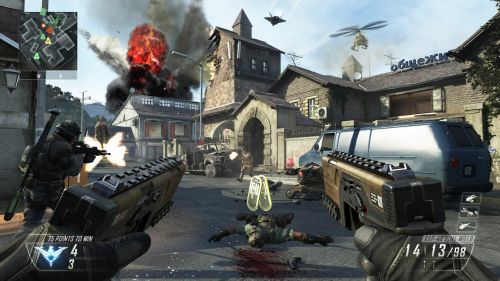 If you haven’t already planned in advance for another Call of Duty title to be arriving this year, then this is your chance to mark that game calendar. Activision has confirmed its long lasting, FPS series’ next installment for 2013.

This bit of news shouldn’t be a big surprise by now, but Activision announced their next Call of Duty game to arrive later on this year, sometime this holiday season (Q4). They don’t expect this upcoming game to be as commercially successful as last year’s Black Ops II. This was revealed in their post-earnings financial call, predicting that this future title will not be able to top Black Ops II’s record breaking success. Eric Hirshberg, Activision’s Publishing CEO, and Dennis Durkin, Activision CFO, stated:

'The Call of Duty franchise continues to set the bar for innovation and we expect the new Call of Duty game in development for 2013 to raise that bar even higher.' - Hirshberg

'There is increased volatility this year due to the ongoing console transition, which makes predicting the future more challenging than during normal years in the cycle. For Call of Duty, consistent with our past practices, we are planning for the mainline release in Q4 to be down versus 2012.' - Durkin Rumored to be titled as 'Modern Warfare 4' due to the switching off between Black Ops and Modern Warfare games, Activision did not reveal any official title as of right now. It is highly unlikely, though, that another Black Ops game will be announced so soon after the current game’s release (only 3 months old).

Again, no surprise announcement here, but at least everyone can reserve their money knowing well in advance.