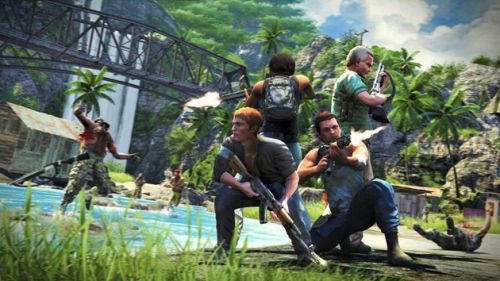 In a day and age where developers are sometimes guilty of releasing a product and never changing it for the better, it is refreshing to see Ubisoft take a different approach with Far Cry 3. The game itself was a smashing success, moving a fairly large number of units, and enjoyed a very positive review from our site. Intent on making the experience even better, it seems the team at Ubisoft has been listening to gamers and will continue to implement changes in upcoming patches. Spotted in an official forum post, the following additions will be added.

The biggest news will alter the single-player potion of the game. They will include the ability to reset outposts via the options menu, and a new unlockable "Master" difficulty setting that will truly challenge even the best of adventurers.

In the map editor portion of the game, a few alterations will be made as well. The "feedback" system will be further expanded as to give more information to map makers. The interface will be streamlined, and "feedback tags" will be added. Spectating and the ability to test beta renditions of player created maps will also be introduced.

The cooperative play mechanics that will be introduced will be simple yet effective. Previously in Far Cry 3, players were removed from matches for idling after just a few short minutes. Due to player feedback, the automatic removal process will be discarded so that players will have a greater chance of not losing a teammate. Also due to community feedback, the "skip map" voting system has been modified. The visibility of the button will be enhanced and the window of time for voting will be extended.

While the timetable for the upcoming patches is unknown, it is nice to to see Ubisoft listening the wants and needs of the community and implementing them in the game. Far Cry 3 features up to four-player online cooperative play, with a two-player split-screen option in the console versions.