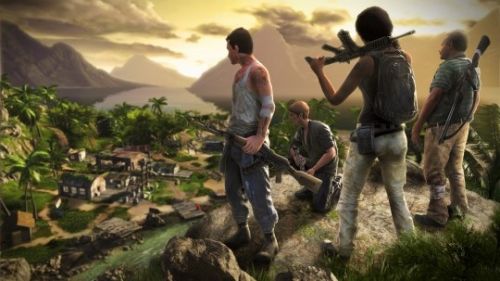 Little Jimmy is excited, as an early seasonal treat he has bought himself Far Cry 3 on PC, but not all is well on this cold and snowy eve.  A Day 1 critical patch is required for the game to work better.  Fixes include dealing with some problems in the 4 player co-op mode.  Instructions on how to download the patch and what is included follow.

If you play the PC version via the UPlay service Patch 1.01 will automatically download, if the service crashes whilst updating, Ubisoft advise reloading UPlay and trying again.  If you are still having issues, they have handily provided some instructions on how to get the patch without playing up to UPlay.

Patch 1.01 for Far Cry 3 covers a multitude of sins that have sneaked their way onto the release version of the game and include correcting some glitches that would annoy any co-op players out there.  Far Cry 3 has a 4 player online co-op mode (2 player local) that initially suffers from glitches in the loading screens, problems with loading maps and issues with assisted kills.  All these bugs and many more, across the multiplayer and solo aspects of the game, are corrected with the patch.

It is unknown if similar issues plague the 360 and PS3 versions of the game and we will have to wait until the December 4th release date and any subsequent patches to find out.  In the meantime PC players can get a preview of the patch below:

Added SHOW TOP, SHOW YOU, PAGE UP and PAGE DOWN options in Leaderboards.

Fix the voice chat issue that would mute players by default.

Lobby chat can now be accessed when a controller is connected.

Fixed the issue that would prevent maps from being displayed or randomized the first time a user enters Public Co-op.

"Flare gun" kills are no longer considered as Assist kills.

Users can now start a private match in 1 player on user created maps.

“Weapon cache” mission: Mission Zone and Mission Marker no longer stays on mini-map and on screen after mission completion.

Added sound when zooming in and out the camera with the mouse scroll button.