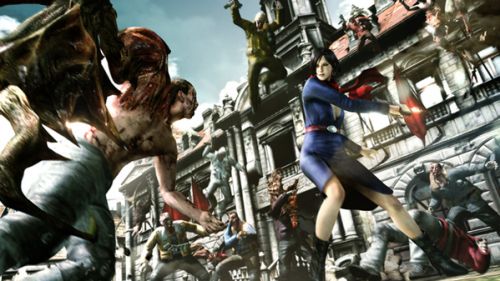 It has been a small wait for PlayStation 3 owners, but now they can finally grab the latest Resident Evil 6 DLC modes available on other platforms. Capcom will also be putting Mercenaries maps onto online stores next month for all consoles.

Xbox 360 owners have been familiar with these modes since last year, but now it’s the PlayStation 3’s turn to get some Resident Evil 6 love. “Predator Mode” gives one player the task of being the ferocious Ustanak bioweapon, aimed to attack all human players while they hunt you down. “Survivor Mode” is either a solo or team game, where players that are defeated return as zombies until one human player remains. Finally, “Onslaught Mode” faces two players against one another, having them battle waves of zombies whose strength depends on the opposing player’s kill count. If anyone wants to buy any of these modes individually instead of the whole lot, each one goes for $3.99 through the PlayStation Network.

Furthermore, Capcom has officially announced the release dates of a complete Mercenaries map pack (containing maps that have previously been exclusive to those who pre-ordered the game). On March 5th in North America and March 6th in Europe, both Xbox 360 and PlayStation 3 owners will be able to download this map bundle for the individual map prices. These maps include: “Rail Yard”, “Catacombs”, and “High Seas Fortress” will all be available for 80 Microsoft Points (or $1.00) total, along with the Stage Map Pack A (Requiem for Warm & Liquid Fire) and B (Rooftop Mission & Creature Workshop) for 160 Microsoft Points (or $2.00) individually.

Things are looking up for you, PlayStation 3 owners, so what are you waiting for? Download the DLC’s modes and be sure to look out for the Mercenaries maps to arrive in the next few weeks!