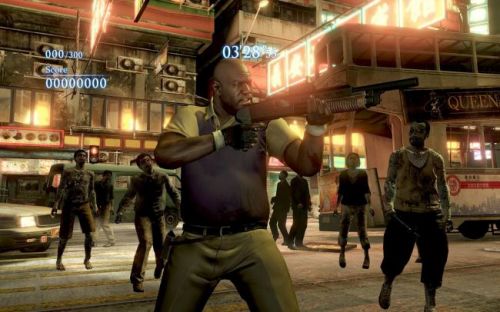 We’ve seen plenty of games do crossovers with Capcom over the years, but nothing quite like this! Both Capcom and Valve have proudly announced that both Resident Evil 6 and Left 4 Dead 2 will be holding a crossover in each other’s games, switching things up for fans of these two major zombie franchises.

Before we know it, powerful zombies from each undead universe will begin to appear within one another’s respective PC versions (Resident Evil 6 arrives for PC on March 22nd) and at no charge to anyone. Capcom and Valve have recently shown great interest in teaming up to bring something new to both series, having much respect for each other's successes within the zombie apocalypse market.

'We’re huge Resident Evil fans, so when the opportunity arose to work directly with Capcom to combine L4D2 and RE6, we jumped at it,' stated Valve’s Chet Faliszek. Left 4 Dead 2’s cast of Survivors: Coach, Nick, Ellis, and Rochelle will be playable in the upcoming and exclusive Resident Evil 6 Mercenaries mode: ‘No Mercy’. Normally within the Left 4 Dead series, each of these characters plays no different from one another, with no special talents to set them apart. In Mercenaries ‘No Mercy’, however, each of these Survivors will have a unique weapon load-out of their own, such as Coach holding all the heavy fire-arm weapons. Along with the four, two of Left 4 Dead 2’s most terrifying zombies, the Mini Tank and the Witch, will be making an appearance as well. Choosing either a Left 4 Dead character or a Resident Evil character will produce the same results when fighting these fearsome zombies head-on. This update will be arriving on April 5th.

'The Resident Evil 6 team really enjoyed working on this crossover, and we’re confident that our fans will have a great time with it too! We hope you enjoy this unique content,’ commented Resident Evil 6 producer, Yoshiaki Hirabayashi.

On the Left 4 Dead 2 side of things, a whole bunch of Resident Evil 6 enemies, such as the Lepotitsa, Napad, and Ogroman, will be making appearances, just hungry to kill our tenacious Survivors as ever. The tools on Steam Workshop were actually used by Valve to help create these special Resident Evil 6 zombies for Left 4 Dead 2. Like the Resident Evil 6 version, this update will also be occurring sometime in the spring for the PC, so keep a lookout for this on Steam!