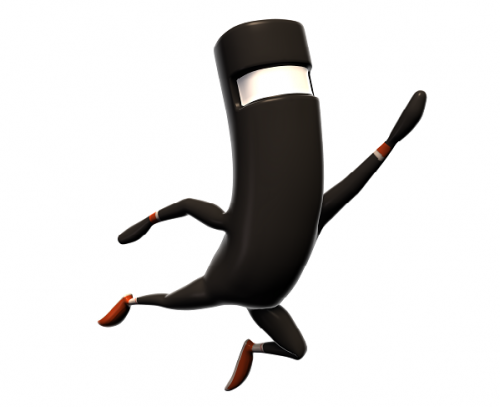 Try time-traveling 30 years into the future and see how well you can wrap your head around it. Gaijin Games has finally released the official trailer of their latest installment, Runner2: Future Legend of Rhythm Alien, showing off Commander Video’s strange warp into the realm of 3D.

What stands out the most between the original Bit.Trip Runner and its sequel are, obviously, the new 3D graphics everyone’s been talking about. As shown in the trailer, Commander Video is struck by a mysterious beam of energy, altering his environment into something his 8-bit self couldn’t possibly fathom. New, quirky characters, such as Reverse Merman, Unkle Dill, Whetfaurt Cheesburger, will also be making their debut, along with tons of other goodies for players to unlock. Take a look and see below:

This game’s co-op lies exclusively in the Wii U version. There still isn’t too much information revealed about this mode, but what we’ve gathered is that two local players must focus their efforts into completing each level simultaneously, using both the TV screen and the Wii U GamePad. Gaijin revealed a small amount of information on the Wii U version’s technical side:

The clear difference with the Wii U version is that you can play the entire game on either your gamepad or your TV.  Also, because it is the newest platform with the most memory, it has the best overall load times of any of the consoles.  Initial loading may be a bit slower, but it speeds up as you play since we can keep more content in memory, which means fewer loads overall.

Runner2 will be available tomorrow via Steam, but we still don’t have an official release date of the Wii U version, or any of the others (PS3, Vita, XBLA, and Wii U) either. Hopefully we’ll learn more after tomorrow’s Steam opening.

*UPDATE: We have confirmation of the Wii U release date, it being today! XBLA also releases today, with PSN to follow on February 27th: