I spoke to Dennis McCauley from GamePolitics.com about some of these issues. Here are his thoughts.

Activision CEO Bobby Kotick, referring to user generated content in Guitar Hero World Tour, had this to say: "The ability to offer these songs on a subscription basis may very well result in the newest subscription opportunity in our portfolio." Activision making money off of fan created music seems ridiculous. What are your thoughts on this?

It doesn’t seem unfair, it *is* unfair. But it’s typical of the corporate game publisher mindset: let’s squeeze every last nickel out of the game consumer.

Many of the user created levels in LittleBigPlanet have been based on other games, movies, etc. It's no surprise that Sony has started pulling these levels. It seems like this will be like playing Whac-A-Mole, with new levels similar to the ones being pulled going up all the time. Will Sony be able to sustain this level of moderation?

They can sustain it as long as they are willing to throw resources at it. It’s hard, though, to give people creative tools and then tell them not to incorporate important cultural influences like music, games and films.

Do you see publishers shying away from user generated content because of legal issues?

They won’t shy away completely because consumers want it, but they will try to manage it, probably badly.

Thanks for the interview Dennis, and everyone check out GamePolitics.com!

Clearly, user generated content is a bit like Pandora's box. Once you open it up, you'll never get it totally under control again. To conclude this article, here are a few points to consider.

First of all, I absolutely agree that publishers should have some control over user created content. Like Penny Arcade joked about in a comic, people are guaranteed to make things that are offensive. How many giant penis monsters were made in Spore, for example? Obviously, that kind of stuff should get yanked. If there's anything inappropriate found in user content, pull it. Better yet, rely on other users to report such content, similar to the method used by Youtube. I'm not saying that users should have carte blanche to do whatever they like. 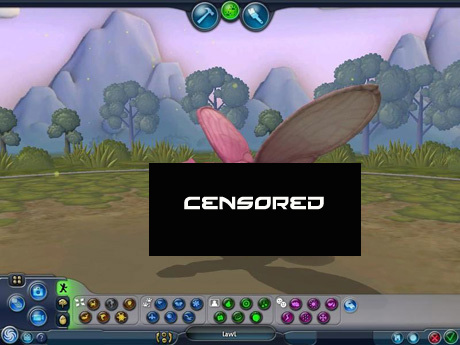 Second, why not be more reactive than proactive in the enforcement of "copyrighted materials"? Let's say I spend a month working on a Kenny G tribute level in LittleBigPlanet. I include clever samples of the music, pictures of him, etc. Under the current policy, that level will get pulled, no questions asked. Why not wait until Kenny G asks for it to be taken down? Let's leave it to the artists, movie-makers, songwriters, and so forth to decide whether they find the material objectionable or not. If it were me, I'd consider it a compliment if someone took the time and energy with my media as their inspiration. Certainly, if the copyright holder objects, the publishers would be obligated to pull such content. But perhaps they won't, and in that case, the players get a cool experience, the publishers get content to extend the lifespan of their game, and the copyright holder gets some free publicity.

Speaking of that, the final point I want to make is this: free advertising. Let's say Billy loads up LBP and plays a level based on the original Sonic the Hedgehog. Billy plays the level, enjoys it, and begins reminiscing about Sonic. Billy then looks around to see if there are any more Sonic games these days, and who knows? Maybe Billy will even buy a new Sonic game, earning Sonic's shareholders another sale. They say there's no such thing as bad publicity, and in this case, that is certainly true. Even better, it comes with no effort at all by the copyright holders. 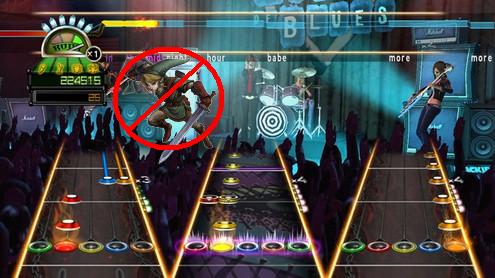 I think we can all agree that user generated content is the future of gaming, just as it has been enormous in many others aspects of media as of late. Consider this quote from Reggie Fils-Aime, Nintendo of America President..

Videogames may indeed be the frontlines of the revolution in entertainment, but so far, most publishers have taken some serious missteps. Hopefully, they will learn to embrace the change, as the music industry seems to finally be doing in regards to digital distribution. Publishers would do well to remember that it's the game buyers who keep them in business. Happy customers will keep buying your products. Unhappy customers will not. Let's hope that as user created content grows in future games, it's handled in a way that is good for both the gamer and the publisher.