My god what $69.99 will get you.  Doom, Doom II, Doom III, Quake, Quake 2, Hexen, Hexen 2, and Heretic.  Not to mention all the great single player titles.  But if you want the bang for your buck in action FPS games that support co-op play look no further than id Software's offerings.  Most games support 4 player co-op, though the classic titles you'll have a hard time getting them to work over the internet.  They all still hold up well for LAN parties...don't forget the NULL Modem cable. 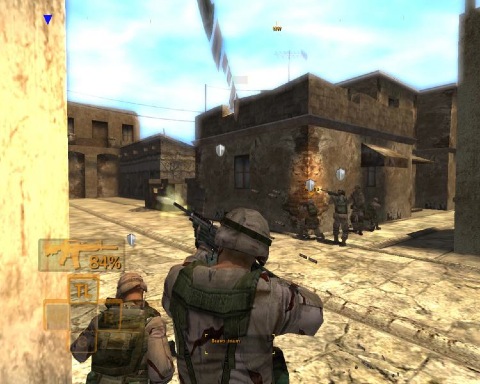 In a game that was originally designed for the US Army, players control fire teams and follow real rules of combat as they fight their way through a middle eastern war.  FSW supports a two player co-op mode where each player controls their individual fire team.  The game plays a bit like an RTS, but from a close up 3rd person perspective. 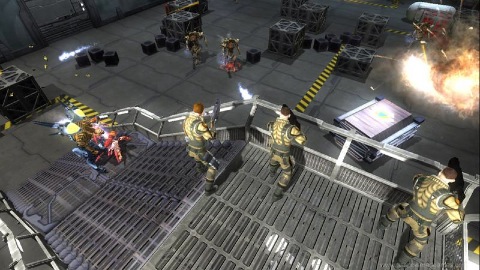 Space Siege is an action RPG that's similar to the Dungeon Siege game by the same developer.  The difference is Space Siege is a little bit lighter on the RPG aspects, and a little heavier on the action.  That's not to say it's a bad thing, I'm just setting expectations.  Up to 4 players can play through a co-op specific campaign online or via LAN in this recent title. 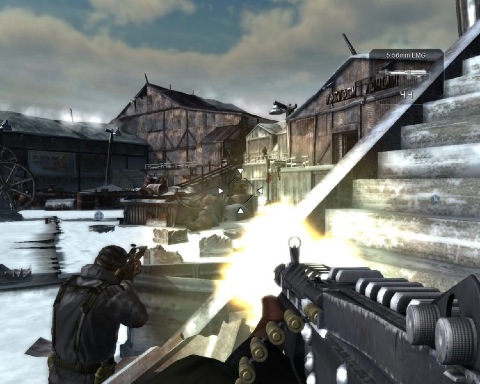 This two player co-op title from Eidos offers a game designed from the ground up for the co-op experience.  It's not the best shooter out there, but it does some neat things and you'll enjoy a play through with a buddy.  This would be one to watch for on special from Steam.