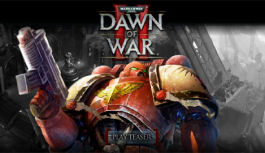 I'll admit I'm a latecomer to the Warhammer 40k Universe, as such, I don't know every intricate detail regarding the humans epic battle against Orks and the various other races that litter the game.  But it wasn't long into Dawn of War 2's campaign for me to become completely invested in the game's story, and find myself fully invested into the well being of my squads.  You see, Dawn of War 2 isn't your traditional RTS - in fact I'd say it shares more in common with an Action RPG like Diablo, and just like any solid action RPG Dawn of War 2 offers a co-op experience. 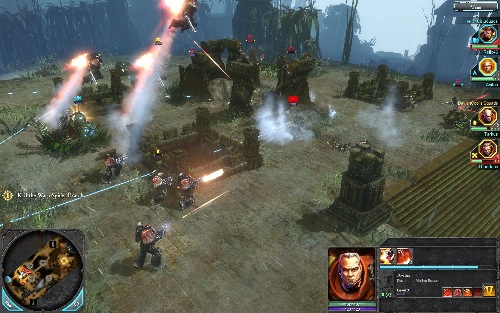 Coordination is key to any attack in Co-Op

Speaking of items, RPG nuts are going to have a field day with Dawn of War 2.  While every mission rewards you with items like weapons, armor and secondary attacks; you'll also find random drops of items from enemies.  Anyone familiar with an MMORPG will be right at home with rare, unique and regular items colored to designate just how cool they are.  Between missions you'll be able to load out your squad with what you picked up, cash out useless items for experience and level up your characters.  Leveling up will unlock new abilities for your heroes as well as increasing traits like damage, health, rate of fire.