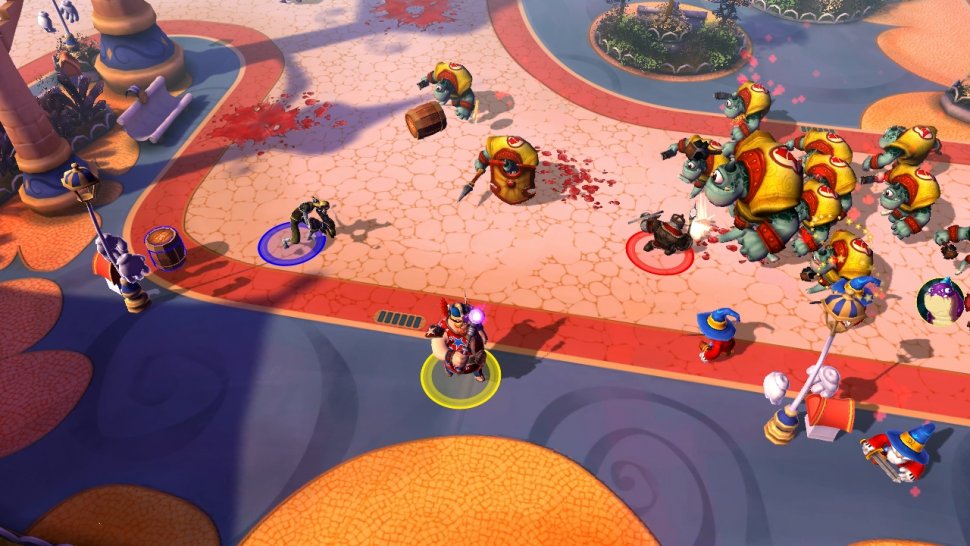 Since our DungeonLand promotion back in late January, developer Critical Studio has been working very hard to draw in new players heroes to their game. The most recent tweaking of gameplay balance and additional content has given us even more fixes and some crazy character items to obtain, both free and through DLC.

The Deadly Theme Park gained some newly added content for its already solid co-op gameplay, but unfortunately had some minor setback. In Critical Studio’s latest blog, they described that “Wounded Heroes” hasn’t quite weeded out all the necessary bugs just yet, but they’re working on trying to get this completed soon. The ‘Dungeon Maestro’ over at Critical Studio discussed these update changes in a small, quirky statement:

New language options, cheaper perks, Mimics who won’t bite you more than once each – it’s really amazing how much work goes into keeping my theme park open every day. I’ve even cut down on some of the grinding, so heroes can have their precious little abilities unlocked sooner. The actual grinder where I put their bodies, though, that part’s still there. I mean, can you imagine? Like I have room for all those corpses in here.

The current patch fixed a good amount of bugs found in the game, while adding new costumes and avatars at the DungeonLand Item Shop. Take a quick look at the rundown of notes from the latest patch:

And here are some newly added, free costumes added to the Item Shop, including new DLC bundles for character armor and weapons:

Other additions include:
DLC bundles for all characters

Don't be afraid to try out DungeonLand for yourselves on PC with a couple of buddies, and be sure to read up on our review of  the game here!