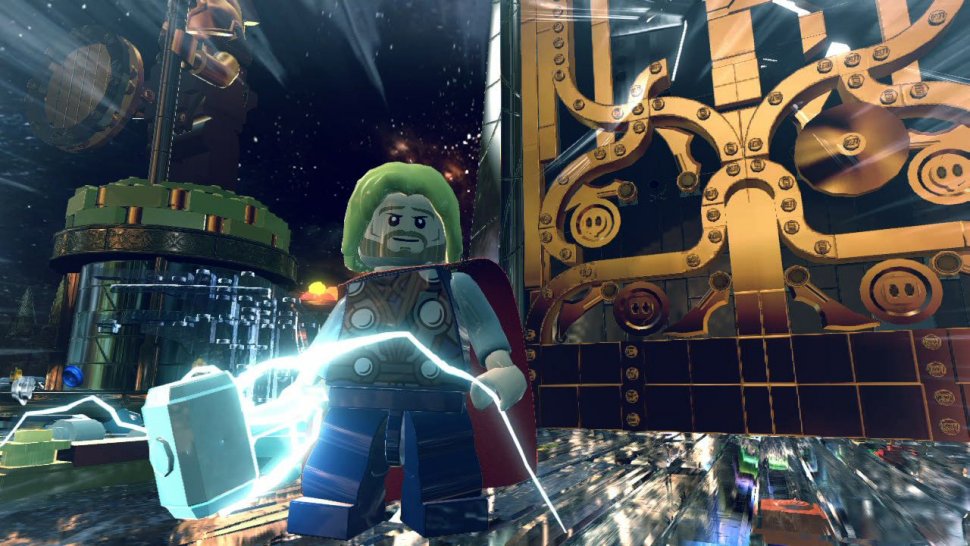 Last time we talked about TT Games' next LEGO entry, LEGO Marvel Super Heroes, we got to see a few of the characters getting prepared to face off against one of the Marvel universe's biggest threats: Galactus' head silhouette. Today, we've got some fresh screens that show off a few of those heroes in action, as well as some of the quite beautiful environments in which they'll be battling. Anyone fans of Asgard?

The new screens were taken from a demo that was recently shown and highlight some of the stunning visuals (likely for the PS3, Xbox 360, Vita, and Wii U versions) that you can expect see when the game sees its eventual release date later this year. The demo also revealed a few more facts about the game:

- Over 100 playable characters from the Marvel universe

- The city of New York will be a fully playable free area and includes the Baxter Building, the X-Mansion, and other significant landmarks

- Bonuses, like a LEGO Comic Viewer and cheat codes, will be available in Deadpool's room on the S.H.I.E.L.D. Helicarrier

I've played LEGO Indiana Jones: The Original Adventures and LEGO Star Wars: The Complete Saga with family (usually nephews and nieces) on the Wii and had a fun time of it. This game, though, I might just have to buy for myself.