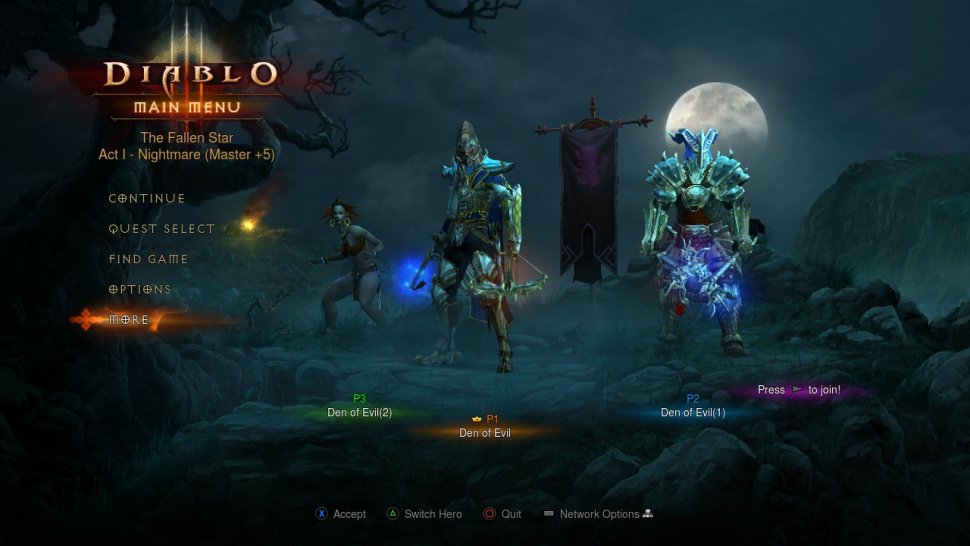 We now know that Diablo 3 will be hitting consoles on Sept. 3, and that the game will support local, online, and combo co-op. While we've heard some mention of the latter, we have yet to see it in action... until now. From their command console at E3 [Ed. Note: I'm assuming they have a command console], Blizzard has released a slew of screens of the game running on the Xbox 360 and the Playstation 3. They've also released a video that shows off friends playing together, whether they're local, online, or both!

All of this good news comes with some additional benefits for Playstation 3 users. Pick up the PS3 version and you'll be receiving some exclusive items, including Drake's Amulet and some Journey inspired shoulder gear. Just a few nice bonuses to aid out in your loot questing when you get towards the end of the game and have already beaten Diablo three times previously.

Check out all the screens and some of the items in our gallery below.