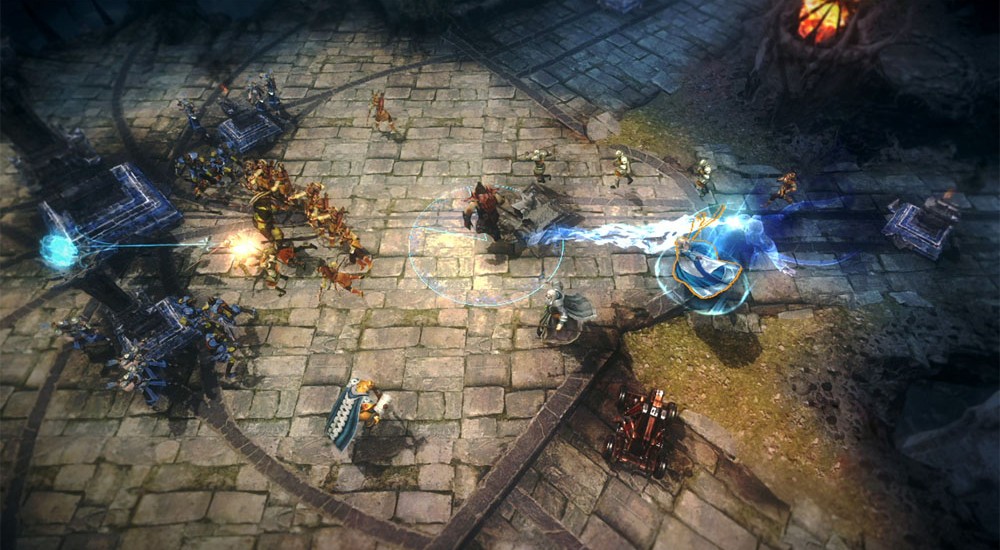 Today, Warner Bros Interactive Entertainment announced that Guardians of Middle-Earth, the Lord of the Rings themed MOBA, will be coming to PC (via Steam) August 29th. This means full Steamworks intregration, big picture mode support, and controller support. Not only that, but the PC version will include access to all DLC right from the get-go.

If you've been following GoME at all, you'll probably know that the DLC is where a lot of the game is. 30 additional guardians, a handful of maps (such as  the Shire, Goblin-town, and Mirkwood), and modes (such as Survival Mode) have been added to the game. The PC version will have access to all this content, via multiple purchase options depending on how much you want to commit. The good news for console owners is that players who have already purchased the game on PSN or XBLA before today (August 15th) will be eligible to receive a free Steam download. You'll just need to register on the game's site. This promotion doesn't seem to be live yet, however.

The base version of the game will be $20, and includes Gandalf, Galadriel, Thrain, Gollum, Hildifons, and Legolas with their alternate skins (e.g. Gandalf the Grey vs. Gandalf the White). The Mithril Edition allows players to pick up all 36 guardians (plus 36 alternate skins), the Mithril Guardian Relic, and a buddy key in one go for the price of $80. Guardian packs of five heroes and their five alternate skins will be available for $15 a pop. Smaug's Treasure pack (which includes in-game currency and Smaug's Greed Relic) will be available for $10. Those who decide to pre-order the Mithril Edition on Steam will receive a 10% discount while everyone who pre-orders will receive 10% off the Company of Dwarves Pack (consists of Guardians Nori, Ori, Gloin, Kili, and Thorin Oakenshield as well as their alternate skins).

The PC port is being handled by Zombie Studios, the folks behind Blacklight: Retribution. Honestly, color me surprised as I thought GoME had branded themselves as a console MOBA. Not that I think this couldn't turn out to be a great choice for WBIE. If you didn't check out our review, we gave it a 3.5 out of 5, but some of the additions since then may have addressed some of our complaints.