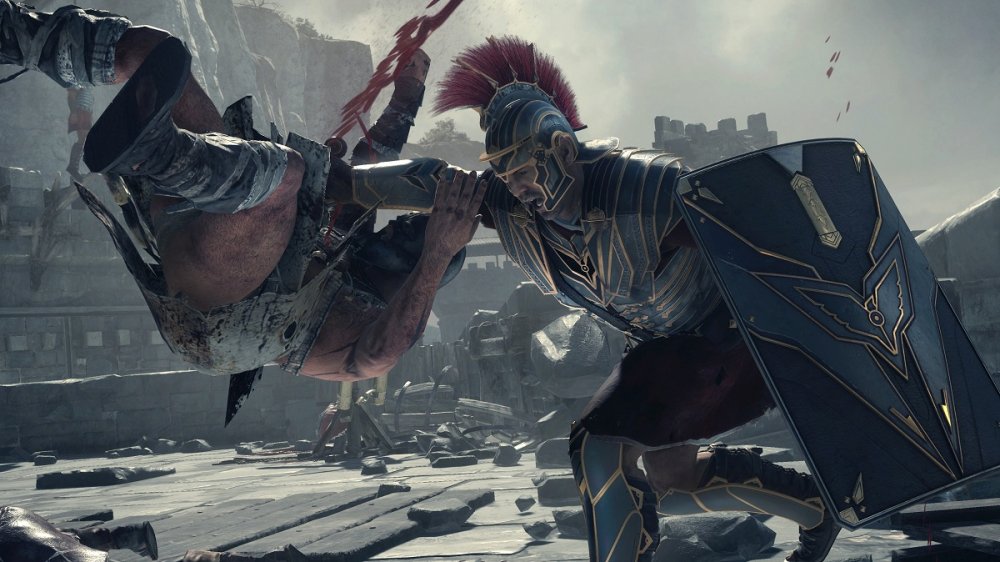 They say that the early purchaser catches the exclusive DLC.  This is certainly the case with Microsoft's collection of Day One Editions for the Xbox One.  Incorporated will be exclusive extras, in the case of Ryse: Son of Rome these include an additional co-op map.

The Gladiator mode in Ryse is a 2 player online co-op affair that sees you and a partner battle enemies for as long as you can.  If you are thinking that not enough people will have the game to find an ally on this co-op map, fear not as owners of the map can invite a non-owners into their game.

The additional co-op map is not the only extra you will get if you decide to pick up Ryse on release, there are also weapons to get a handle on.  Other games that will have exclusives include Dead Rising 3 and Forza 5.  A full list of exclusives across all three games is below:

Ruins: Placing gladiators among the columns of an abandoned temple, Ruins will pit players against hordes of Barbarians, attacking from around every corner. The arena changes dynamically during gameplay, adding new obstacles and objectives for the player to encounter and overcome.

Three-car pack features Lamborghini, Audi, and Ford; each with a Day One-themed livery and custom tuning package created by Turn 10: 2010 Audi TT RS Coupe: Stuffed stem to stern with modern tech, the TT RS is the first TT model to carry Audi’s famed RS badge – a distinction that’s earned on the track from the moment you step on the gas.

2011 Lamborghini Gallardo LP570-4 Superleggera: Like great sculpture, the Superleggera’s chiseled form is carefully considered for maximum impact. That’s where the similarities end, however, because this work of art is best appreciated when it’s moving at top speed.