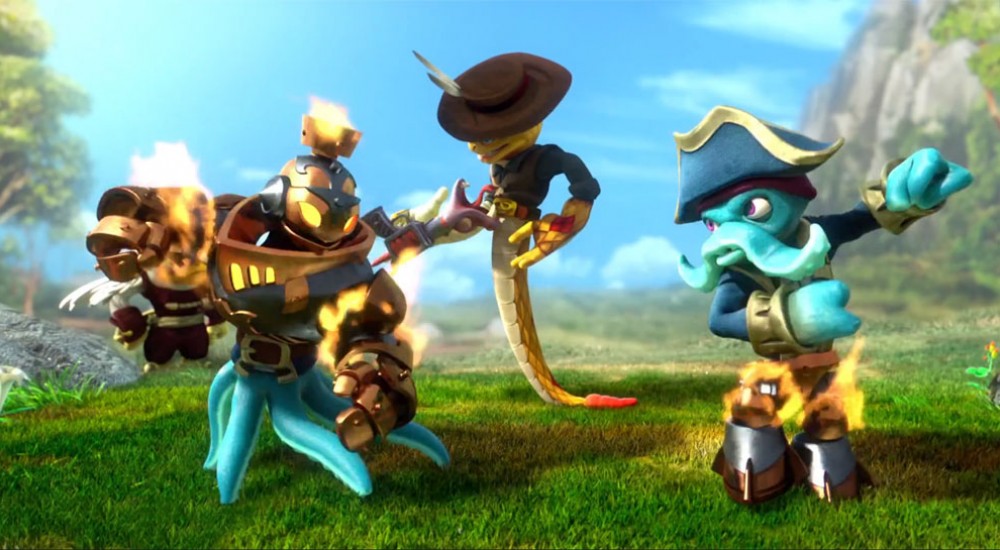 Whether you love them or hate them, it's undeniable that the Skylanders toy/game fusions are immensely popular. You probably own one of the versions (whether you like to admit it or not), especially if you have kids.

Activision has recently released not one, not two, but three trailers for its upcoming Skylanders installment: Skylanders SWAP Force. The first is a CGI trailer highlighting the Swap mechanic and a bit of the story of the game:

The last two trailers appear to be more like commercials. The second video is a trailer focusing on one of the new non-SWAP Force characters, "Countdown":

The third trailer again looks at the new Swap mechanic and touches upon how it will be used within the game:

If you happen to be funding a Skylanders junkie (whether it's yourself or your kids), you have my deepest regrets when I inform you that Skylanders SWAP Force is releasing on October 13th on the 3DS, Wii, WiiU, Playstation 3, and Xbox 360. It will be out on the Playstation 4 and Xbox One in November after those consoles release.