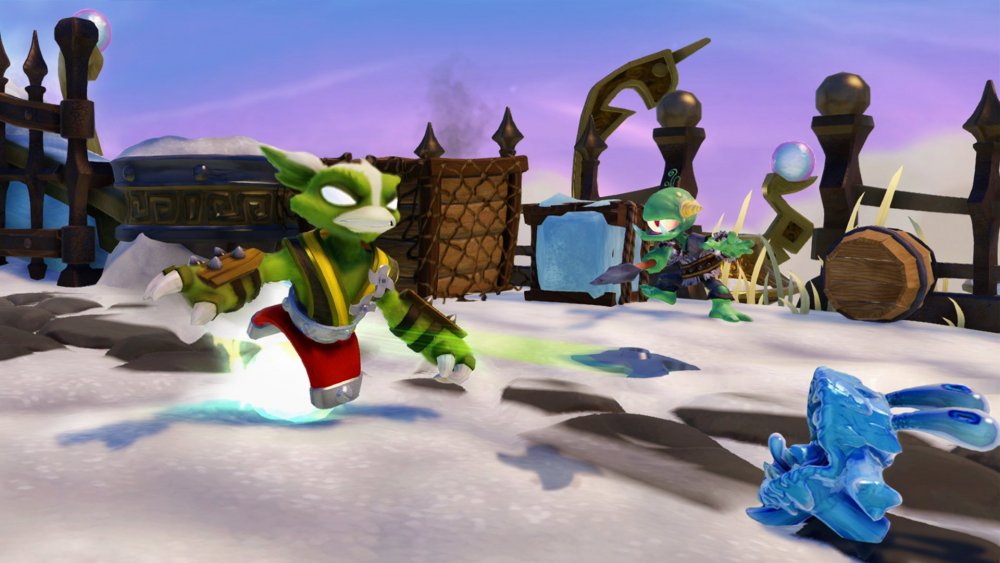 Just this morning, new toys in the Skylander: Swap Force character line were made available to the public. One would think that it's just another two characters to use in game, amongst the dozens already released. However, these two in particular are necessary to complete sections of the game previously untapped.

Much like it's cousin game, Disney Infinity, Skylanders has a feature where, in order to unlock certain sections of the game, character specific elemental groups must be used (Water, Fire, Air, Earth, etc.) to unlock gates of the same elemental type. Up until now, the only way to beat Swap Force levels 100% (which include ranks enhancing rewards and other secret item/areas) was to play with a co-op partner on hand utilizing multiple characters together. In single player, this was impossible, even with the new Swap Force feature of exchanging character tops or bottoms to gain special abilities. There are even gates that require dual-element combinations to be unlocked that made things even more difficult.

Enter newly released, Wave 3 characters: Rubble Rouser (top) and Stink Bomb (below), both carrying essential properties to unlock previously unreachable content to the game. Rubble Rouser is an all Earth element character and the first of his kind released to Swap Force. Needless to say, hardcore players have been waiting for this guy's element for a few months now, as only co-op play had the opportunity to bypass this requirement. Stink Bomb is also the first Sneaking type of character (each character has a movement typing also, like teleportation) that unlocks all sneaking mini-games needed to 100% areas. Each of these characters is now available in limited quantities for the regular figure price tag of around $15. In a nutshell, if a gamers played this Swap Force with a co-op partner, they've made the game at least a little bit more accessible than it just became today. Ah, the benefits of playing cooperatively right from the get-go...