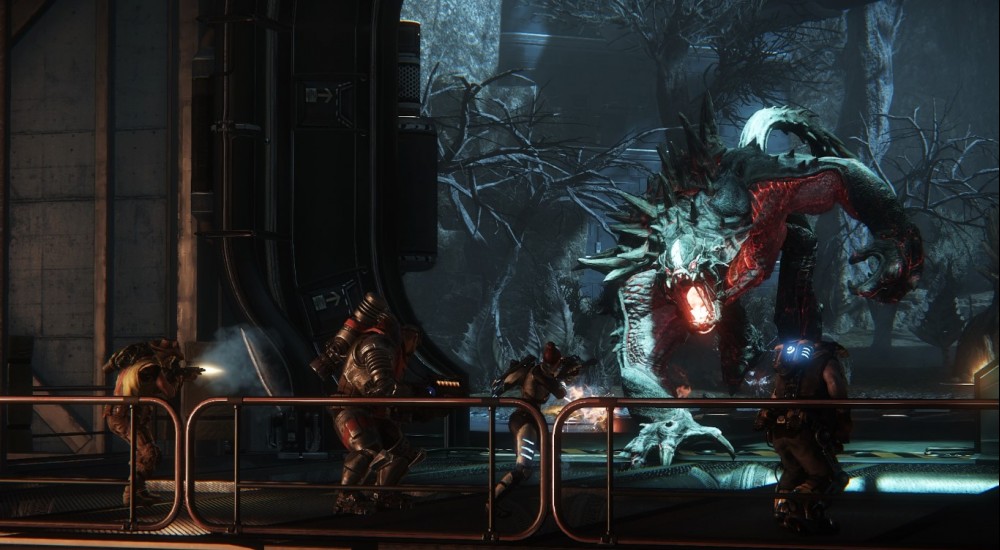 Turtle Rock Studios and 2K Games' upcoming co-op title Evolve has had us interested since day one. The game features a unique form a multiplayer where four players team up against one powerful monster, and luckily for co-op fans, that monster can be player controlled or computer controlled. Your choice. When it comes to co-op, you know where we stand.

New screens have been released for the title, and they look gorgeous. Check out the full gallery below, and if you haven't already, see the official trailer here. If you're sold on the title already, you can pre-order for a Monster Expansion Pack, free of charge. The pack includes a new monster skin and access to a second playable monster.

Be on the lookout for our full review of Evolve when it drops for PC, PlayStation 4, and Xbox One later this year.